PREFFOR starts the production of the floating modules 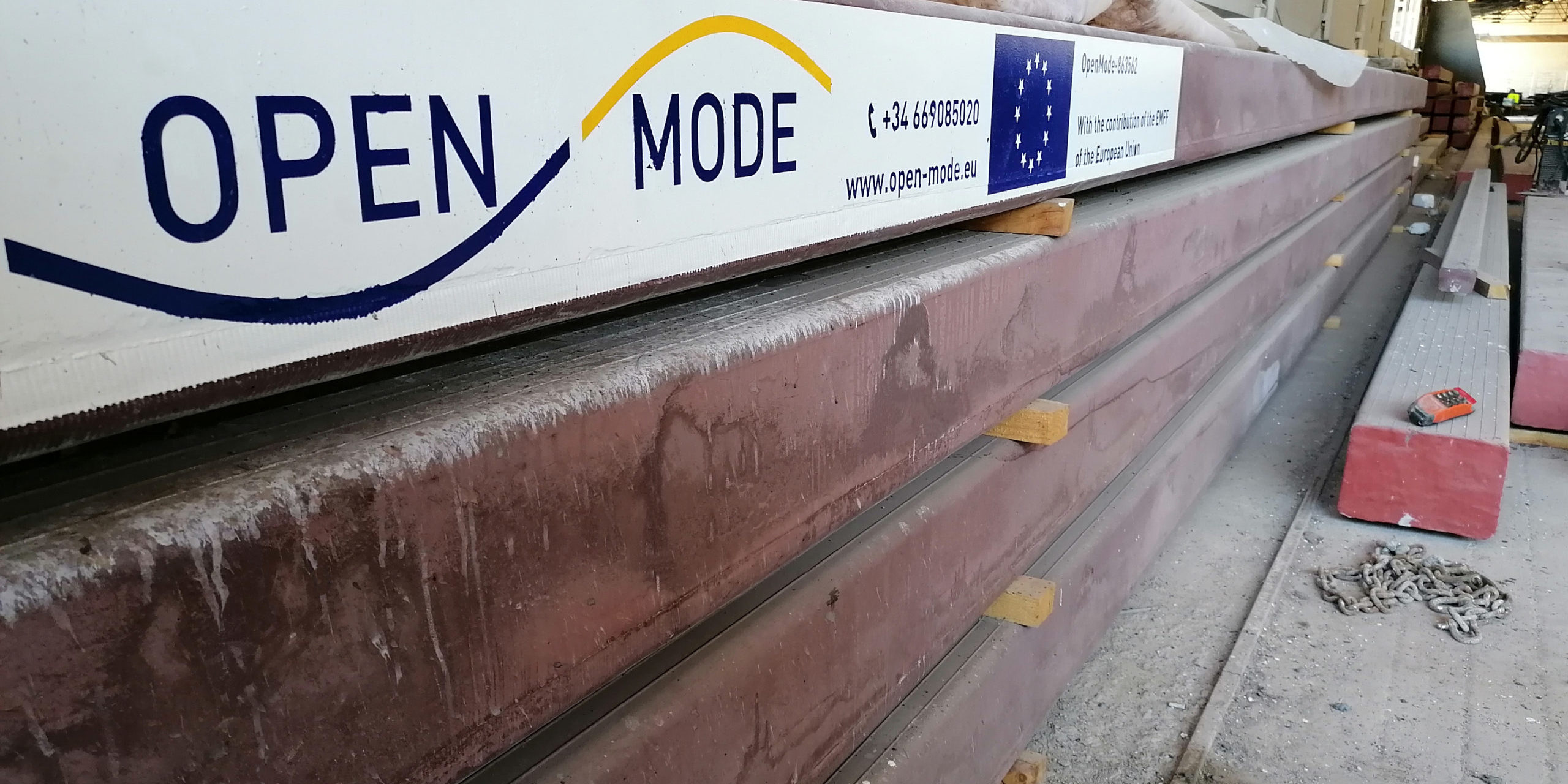 The prestressed precast elements of two of the modules of the OpenMode project are already produced. The material used is the self-compacting Ultra-High Performance Concrete (UHPC) of the company, registered as Formex®.
The beams have sections of 35 x 23 cm (primary beams) and 25 x 23 cm (secondary beams), having all of them a length of 11.8 m. Additionally, the mooring beam and the two lateral beams that complete the modules are already produced. The four connectable modules of the tests that will be performed in Spain include in the primary beams the connection system that has been tested in laboratory under Task 2.3.

The planned location for the modules already produced are Croatia (Zadar) and Montenegro (Ljuta).

You can find out more about which cookies we are using or switch them off in settings.

This website uses cookies so that we can provide you with the best user experience possible. Cookie information is stored in your browser and performs functions such as recognising you when you return to our website and helping our team to understand which sections of the website you find most interesting and useful.

Strictly Necessary Cookie should be enabled at all times so that we can save your preferences for cookie settings.

If you disable this cookie, we will not be able to save your preferences. This means that every time you visit this website you will need to enable or disable cookies again.